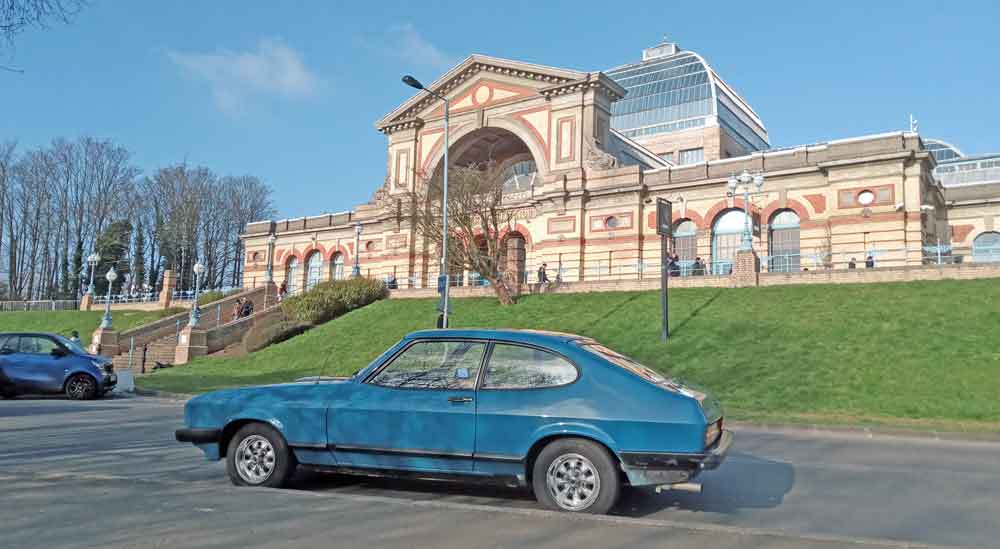 There are a number of different charges one needs to consider before taking a historic vehicle (by which we mean the accepted international definition of a vehicle over 30 years of age) into London.

The table below summarises the position.

As is confirmed on the TfL website and by a Federation check of the 2018 Order varying the original zone, there are no changes to the current exemptions for historic vehicles. However those accepting the invitation on the TfL website to check whether their vehicle is liable for a charge, will almost invariably find that on entering the registration of their historic vehicle, it will state that it is subject to a charge. The small print on the Checker facility explains why: The checker ONLY checks the emissions standard of the vehicle. To check if a discount or exemption applies to your vehicle - and whether you need to pay the charge - click to 'Pay to drive in London' at the right hand side of the page.

On proceeding to the Pay to drive in London page, as if intending to pay, it will then correctly show the vehicle as exempt. Unlike the checker facilities for other towns and cities, the ULEZ checker is only checking the emissions standard and not the VED status or age of the vehicle.

Note 1
It is the vehicle type and not its use or VED class which matters, e.g. a preserved bus is treated the same as a bus or coach carrying a full load of paying people.  Buses in the 'bus' taxation class are automatically exempt from the congestion charge but those in other classes (PLG, historic, etc) need to register with TfL on an annual basis for which an admin fee is levied.  Motor tricycles upto 1m wide and upto 2m long can also register at the same link.  Two-wheeled motorcycles do not need to register or pay the admin charge.
A preserved taxi which is no longer registered with the licensing authorities (London or outside) counts as a car of the relevant age. 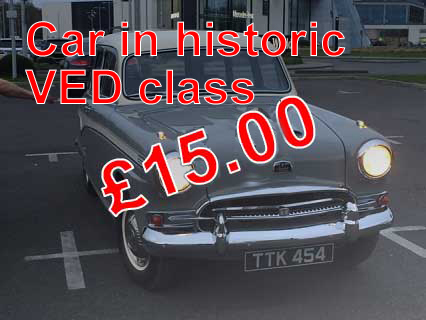 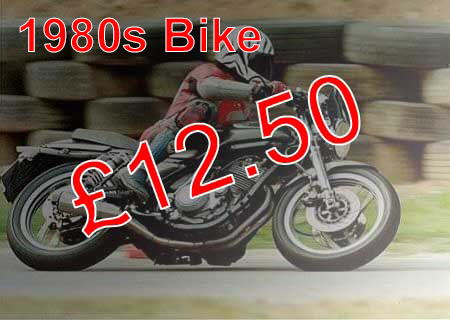 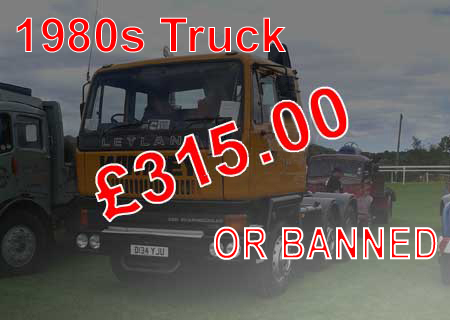 Note 3
HGVs over 12 tonnes need to comply with the 'direct vision standard'.  There is an exemption for HGVs in the historic VED class but younger vehicles need to comply by fitting additional mirrors and so on.  See our newsletter 5 of 2020.

Note 4
Some commercials from the mid-1970s which are exempt from the ULEZ are not exempt from the LEZ and they will still need to pay the LEZ charge even if used just in the central zone.   This is because the LEZ exemption exempts all vehicles pre 1st January 1973 (regardless of VED class) and also all vehicles in the historic VED class, but only certain buses and trucks 1973 to 1980 are eligible for 'historic' VED.

Note 5
There is a concession for what are defined as “private minibuses” – this ONLY applies to minibuses that operate under a voluntary/community group permit and NOT a vehicle owned by a private preservationist.

Note 6
As of 1st March 2021 for buses and lorries, the ULEZ and LEZ charges (previously £100 and £200 respectively) were merged together into a combined £300 LEZ charge, even if the vehicle only visits Outer London.  £300 is for a wholly non-compliant bus or truck (Euro III or earlier) but a Euro IV or Euro V bus or lorry pays a combined charge of £100.

The above is the Federation’s understanding of the position but drivers and vehicle owners are urged to refer to the TFL website to confirm the correct position for their vehicle.  It is much simpler to resolve issues in advance rather than after the event.
Foreign historic vehicles which would, if registered in the UK qualify for the historic VED class (i.e. over 40 years old) are entitled to exemption but need to register with TfL to claim exemption.

A number of changes came into force on 1st of March 2021 (delayed due to due to coronavirus).

From 25th October 2021 the ULEZ boundary increases, to cover “inner London” as defined as the roads within, but not including, the North Circular Road and South Circular Road (A406 and A205).

This page will be updated to reflect the above changes and any others which may occur.

Pay to Drive In London

The future of the Leeds Clean Air Zone is to be reviewed given the vast improvements in air quality experienced as a result of the pandemic.  Private cars, motorbikes and light vans are not affected.  Some buses, coaches and trucks are affected.

The zone covers most of West, North and East Leeds.  It does NOT include the outer ring road (A6110 and A6120) or the M1 or M621, but the inner ring road (A58M and A64M) is included.  Most of the industrial areas of South Leeds (including the location of a number of workshops and ATFs) are not included.  Three further industrial areas are due to be included from 2025.  A precise map is shown on the Leeds City Council website

Vehicles not exempt need to pay a £50 daily charge.

The Birmingham Clean Air Zone commences on the 1st of June 2021 and operates 24 hours a day.  This is a class D CAZ.  Private cars, tricycles, vans, buses, coaches and trucks are all affected, but two-wheeled motorcycles are not.
The zone covers the central area inside the Middleway (A4540) but not Middleway itself.  It does however include the A38M/A4400 Queensway tunnels.  A map can be found on the Birmingham City Council website

Vehicles in the historic VED class will be automatically made exempt (paragraph 1(a) of annex 2 to the charging order) as will overseas vehicles of equivalent age to UK-registered vehicles eligible for the historic VED class (paragrah 1(b) of annex 2 to the charging order) but overseas vehicles need to apply in advance of their visit for an exemption.  There are no further exemptions for Birmingham.

Vehicles not exempt need to pay a daily charge of £50 (buses and trucks) or £8 (cars and vans).

Pay for Bath and Birmingham CAZ

The zone includes the city centre and suburbs just beyond, example Bathwick, Walcot, Royal Victoria Park, and the Wells Road hill upto (but not including) Bear Flat.  The zone includes the A4, A36 and all roads within.  Zone map link https://beta.bathnes.gov.uk/view-map-baths-clean-air-zone

The zone is a class C (so does not apply to cars or motorbikes, but does apply to taxis, vans, and buses and trucks).  Vans that are in UNECE category N1 are 'caught' regardless of use.  In general, category N1 applies to all light vans (except car-derived vans upto a gross weight of 2 tonnes) and includes all vehicles where a lower national speed limit applies.  If you are in any doubt, speak to your manufacturer and/or DVSA or DVLA.

All vehicles in the 'historic' VED class are exempt from charges and do not need to register or take any other action.

Vans, taxis and minibuses pay £9, whereas buses and trucks pay £100.  The charging order is online at https://beta.bathnes.gov.uk/policy-and-documents-library/clean-air-zone-charging-order

Bath (only; not any of the other cities) is offering a lower rate to horseboxes and motorhomes, but sadly not other vehicles contained within the Private HGV VED class.  Such vehicles need to register in advance.

Further details on payments and local exemptions are detailed on the Bath & North East Somerset Council website.  Persons paying the full rate charge do so over a payment page on gov dot uk whereas those eligible for a local discount such as the above paragraph use the app/website MiPermit which people may already have for parking sessions elsewhere.

Pay for Bath and Birmingham CAZ

The framework legislation to facilitate these zones has been laid before Holyrood.  Once formally approved, each city will now progress its own proposals.  The Scottish legislation defines a historic vehicle as manufactured at least thirty years previously, of a type no longer in production, and historically preserved/maintained in its original state.  These four zones are expected to include cars (unclear whether immediately) and will act as banning zones (with rapidly escalating penalties for second/third/fourth contraventions).  We await further stages.

The Federation has participated in other clean air consultations for cities including Southampton, Sheffield, Bradford and Manchester.  Once a scheme moves to a charging order and a start date, we intend to update this webpage accordingly.

Places with zones applicable to service buses only

In a number of towns and cities, there are 'phase one LEZs' that apply to local service buses only, and are enforced through the Traffic Commissioner as a traffic regulation condition.  Current locations include Glasgow, Norwich, Oxford and York, with Edinburgh planning to include a zone like this later in 2021.  We understand that these zones do not apply to preserved buses doing free services or private/empty journeys, nor to vehicles under an o-licence undertaking private hire work.  Persons are urged to obtain advice from the relevant council.

Please note that if a car drives from central Birmingham to central London on the same day (or a bus driving from Central Bath to Central Birmingham, etc), that payments or validated exemption applications need to be made for each zone passed through.  Birmingham and Bath will use the same National Payment Systems portal although further details around whether two zones can be paid for in the same transaction are awaited.  We expect that further English cities outside London are likely to join the same portal.

This page does not deal with possible discounts that may be available to residents or disabled people or to vehicles which have been adapted to meet the various emission standards.

For information around similar zones in other countries, people may wish to consult the https://urbanaccessregulations.eu/ website as well as finding websites of cities/regions they are proposing visiting.

This information is believed to be correct at the time of writing, but FBHVC does not accept any liability for reliance on the contents.  You are urged to double-check the position on relevant websites and so on nearer the time of your journey, and are reminded again that certain registrations are subject to your sending documents in advance.