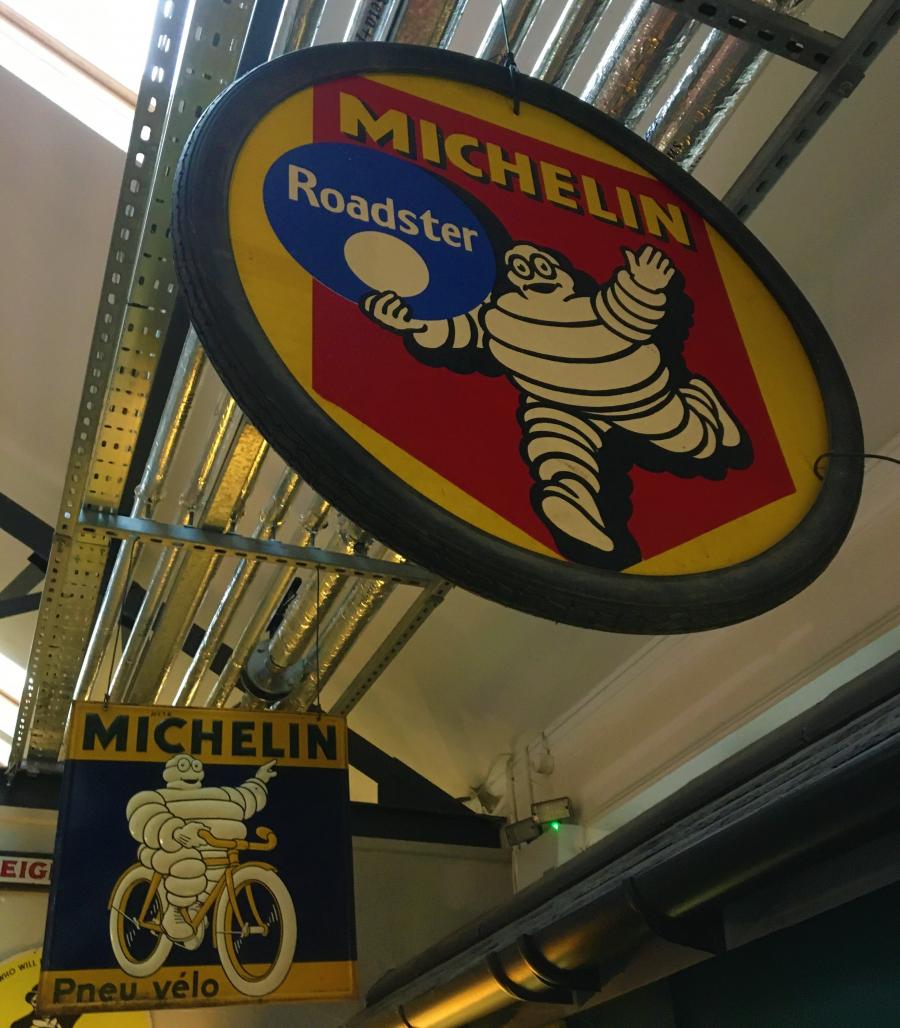 While the tyre manufacturer is well-known for its endorsement of some of the best foodie experiences that The Lake District has to offer, the team at the Lakeland Motor Museum is quick to remind visitors of how the brand is hungry for tyre performance as well as for food.

2019 marks 130 years since the Michelin brand was born, when two French brothers, Édouard and André Michelin began to operate a rubber factory in 1889. Their first foray into tyres was to repair the tyre of a passing cyclist – and the rest, as they say, is history.

Eager to celebrate the iconic brand’s motoring heritage before the end of the year by highlighting its very own Michelin ‘stars’, Operations Manager at the Lakeland Motor Museum, Chris Lowe, says, “Michelin is one of – if not the best known tyre brand in the world, to the point where the Michelin man himself has become as iconic as the name itself.

“Over the years here at the Lakeland Motor Museum, we’ve gathered all sorts of Michelin memorabilia – many items of which are very rare, making them our very own ‘stars’ of the museum. The two Michelin men in the pictures are tyre inflators, dating from the 1930s”

The Lakeland Motor Museum is home to a unique collection of 30,000 exhibits, including well over 150 classic cars and motorbikes.

Chris, adds, “Perhaps after visitors to The Lake District have enjoyed a Michelin star meal, they could come and see the man himself! Afterall, if it wasn’t for him, there would be no Michelin guide. Now there’s some food for thought!”