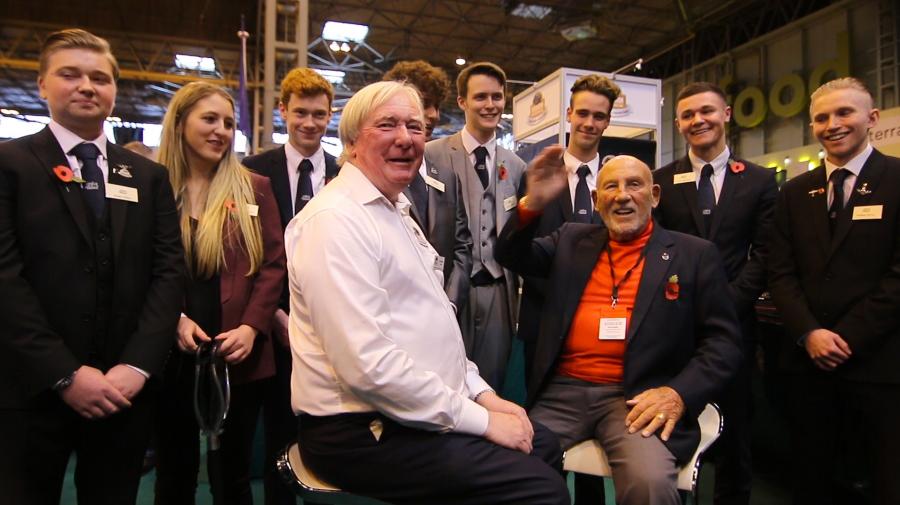 The FBHVC bid farewell to motorsport legend Sir Stirling Moss, who has passed away, aged 90 after a long illness.

Lady Moss was by his side at his house in Mayfair as he passed away in the early hours of Easter morning. Lady Moss said that Sir Stirling “died as he lived, looking wonderful.”

Sir Stirling Moss was incredibly versatile driver who won 212 of his 529 races in his professional career. Although never managing a Formula One World Championship, in 1955 he became the first Englishman to win the British Grand Prix at Aintree ahead of another legend, Juan Manuel Fangio.  Fangio was not only his teammate at Mercedes, who Moss joined the same year, but also a friend and mentor.

Sir Stirling was associated closely with Formula One racing, but in 1957 also secured himself a place in speed record history when he smashed the class F world land speed record at Utah’s Bonneville Salt Flats in the streamlined MG EX181. He raced for a number of British marques, plus Maserati in F1 and of course for Mercedes Benz where he arguably had his most notable successes.

He raced a Jaguar in a number of events including at the steeply banked Autodrome de Montlhéry, a steeply banked oval track near Paris. Sir Stirling drove an XK120 owned by Leslie Johnson and the pair shared the driving to average 107.46 mph for 24 hours over a total distance of 2579.16 miles.

Moss drove a number of rallies over the Alps including on the Mille Miglia where, in 1952, he shared a Jaguar C Type with Norman Dewis to test out the new innovation of front disc brakes. He came second at Le Mans 1953 with Peter Walker in a Jaguar C Type and enjoyed victory at Silverstone in a Lister Jaguar Knobbly, the only car he would ever put his name to for marketing purposes.

In 1955 on the Mille Miglia, Moss delivered a record breaking performance to win the event in a Mercedes 300SLR, the car he would also have success at Le Mans and Dundrod with as well as the Targa Florio. In the 1960 Bowmaker Trophy held at Silverstone, Sir Stirling Moss raced a Jaguar Mark II saloon taking second place to winner Roy Salvadori.

Sir Stirling Moss’ top - level career came to an abrupt and tragic close in 1962 when he crashed at Goodwood and was left partially paralysed and in a coma for 6 months.

Following his forced retirement from top-level motorsport, he remained close to motor racing either via his broadcasting commitments or many guest appearances driving or speaking at historic events.

FBHVC Chairman, David Whale recalls two occasions; "The first was in 2013 when the Federation was celebrating our 25th anniversary. Choosing an exhibit created 25 years ago, we exhibited the MG Maestro owned by Tanya Field . . . the Maestro with the talking dashboard. The then Communications Director, Geoff Lancaster, asked Sir Stirling if he remembered the car? Sir Stirling responded “My dear boy, I’ve been trying to forget it since it was created”! But owner Tanya, did not mind she was just incredibly happy that she had a picture of the racing maestro in her car!"

Several years later all eight of the P & A Wood apprentices studying the Federation’s course in historic vehicle restoration were featured on the Federation’s stand. David Whale recalls it well, "Sir Stirling spent time with each of the apprentices and talked with them about the career opportunity ahead of them and they enjoyed every moment of the experience with someone that ‘boys’ own stories’ epitomised."

Moss is widely regarded as one of the greatest Formula One and indeed sports car drivers of all time and will be greatly missed by the entire motor racing community. He was a hero for many historic vehicle enthusiasts around the world.

We are indebted to Stewart Miller insurance and Peter James Insurance who own the copyright at the beginning of this report.

FIVA - Largest-ever survey of historic vehicle enthusiasts - The results are in!

Opportunity of a Lifetime for 12 Apprenticeship Seeking Young People