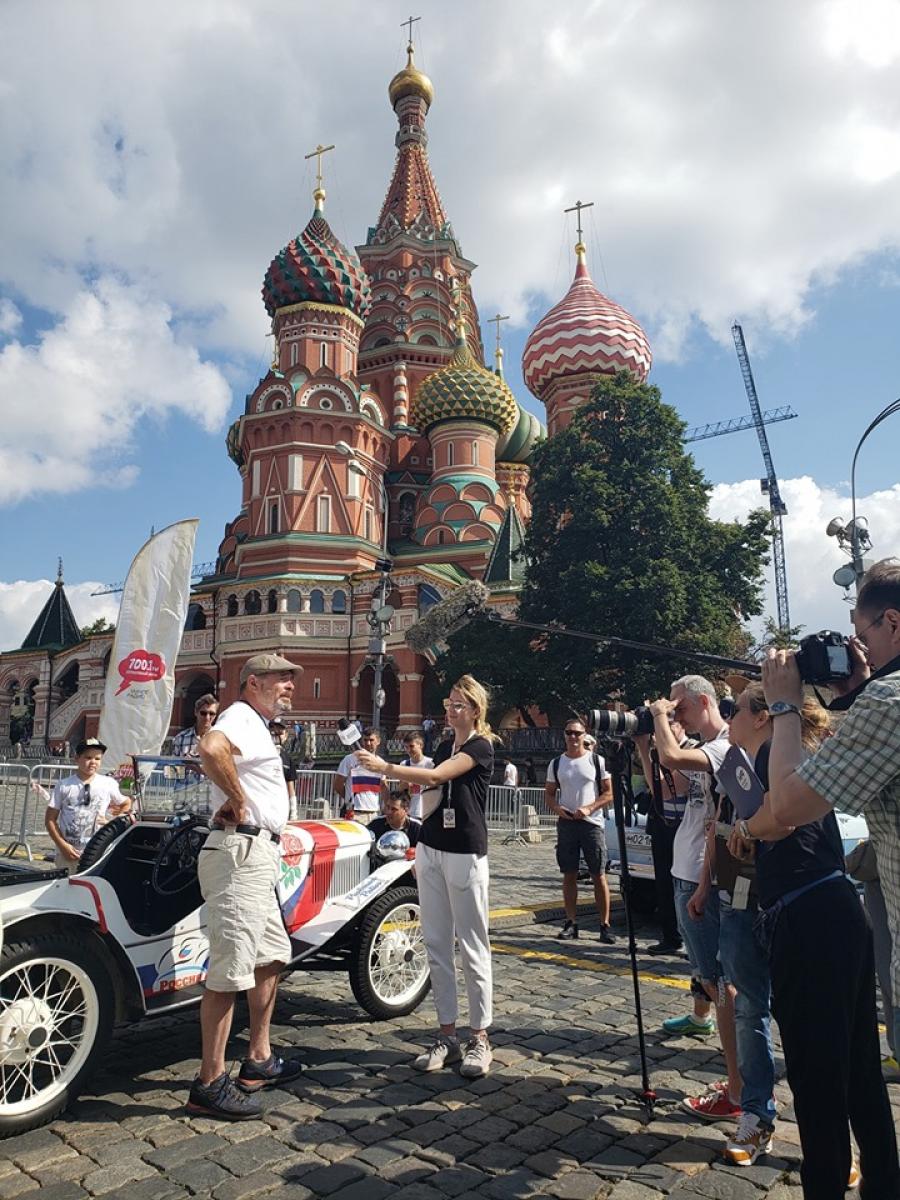 Chris Blakey, a member of the Bristol Austin Seven Club, is realising a long held ambition by driving to Japan in his 1937 Austin 7 Special to see the 2019 Rugby World Cup.  He drove as far as Moscow accompanied by his wife and son, where they were invited to join a classic car rally which started off in front of the famous GUM store and they were given the rally number “007”. They also were feted by the organisers of Russian rugby, mobbed by the Russian media and appeared on local television. From Moscow Chris is accompanied by Russian Ilya Zlotnikov.  Their adventures can be seen on Chris’s blog:    https://celebratethe7.blog/

The picture depicts Chris with his Austin 7 in front of St Basil’s cathedral being interviewed by the Russian media.