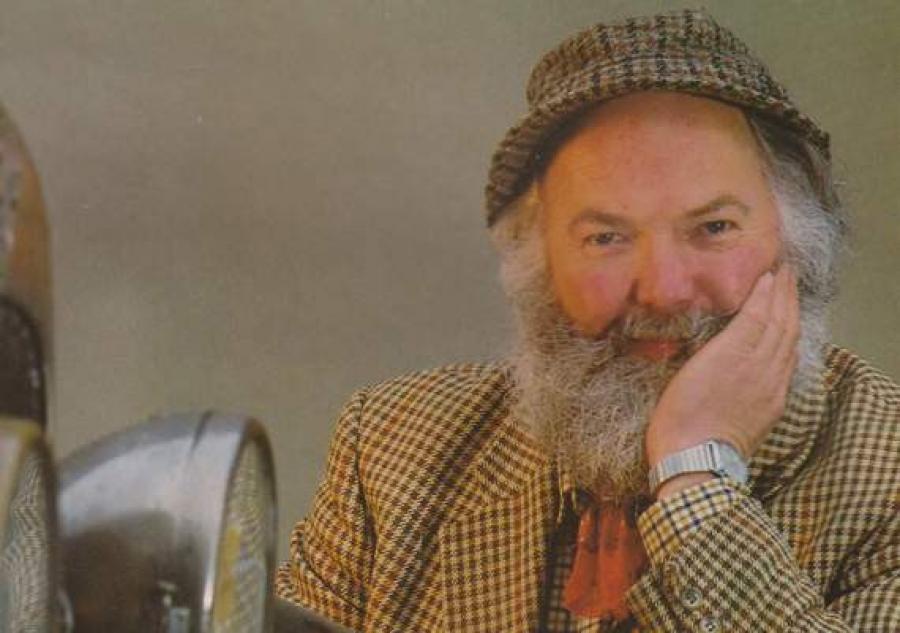 With the passing on Monday 8 February, the Guild of Motoring Writers has lost one of its oldest working members at the age of 83 and yet his name may not be familiar to all.

Mike, as he was always known, spent a lifetime in the historic car world with a particular interest in any vehicle built before World War II. He was born in Sussex, his father was a chauffeur.

He became interested in motoring history from an early age and began writing when he was in his teens. One of his first vehicles was a 1926 BSA 986cc motorcycle taxi combination which had operated in the Brighton area, he wrote up the discovery of this gem in  the relatively new Veteran and Vintage magazine edited by Lord Edward Montagu.

His two uncles dabbled in what we might these days call ‘pre-owned’ cars , some coming out of less than ideal storage conditions during the war or were to be found in long established scrap yards.

Writing later he admitted that “traditional scrap yards remain my spiritual home”. He became an  obsessive collector, at one time owning 17 vehicles.   These included names which some of us will have forgotten about, such as Angus-Sanderson, Crouch, Calcott, Horstmann, Trojan, Chrysler Wimbledon and Pontiac turret top coupe.

Perhaps it was his marriage to Pam 44 years ago and his eight children that cut down his appetite for owning so many old cars at one time.

In 1982 he bought the car he was probably most famous for ‘Arthur’ a 1927 Austin 20 saloon. Arthur was very scruffy but mechanically sound and Mike drove that car everywhere.

He annually drove Arthur from his home in south west Wales to the Beaulieu Autojumble with Pam and his great friend motoring historian Kit Foster from the USA. He parted with the car in 2007. Trips to the Autojumble and other sales enabled him to build up a very large library and archive on motoring history, which helped him so much in his writings.

He also started collecting automobilia which then grew into a huge collection.  Much of this relates to pre-war motoring and is an amazingly diverse collection.

Mike has written articles in many motoring magazines and edited many specialist columns. We must not forget that it was not only about cars, he had a strong leaning towards the vintage motorcycle as well.

He founded and edited Classic Car Mart and contributed to many motorcycle periodicals. He wrote a number of books on a wide variety of motoring and collecting subjects. He was closely associated with Sothebys car auction department and was a writer of auction catalogue entries and a consultant to Brooks and Bonhams.

I suspect he is best known for his many columns over the years writing about the so-called ‘barn finds’. I asked him once if he had invented the name – he was not sure but I suspect he might have done.

There was a time when he had a number of columns in different classic car and motorcycle magazines which were about vehicles which had been found in barns and sheds or under hedges.

The readers of classic car magazines seemed to have a fascination with this subject.  He was still writing the monthly 'Finds and Discoveries' column in The Automobile up until his death. His other monthly column in that magazine was about automobilia and was based on his own huge collection and various items that readers brought to his attention.

Mike had always interested himself in the old car movement and was at the forefront of the discussions with the DVLC (as it was then) to allow the recovery of original registration marks for cars which had been found or imported. He helped many people retrieve their old number.

He was made an MBE in 2018 for his contribution to motoring history and the old car movement. I am sure those that recommended him also drew attention to the fact that he was always prepared to pass on his knowledge to others and he would always try and help people in this way if he could.

Once known never forgotten, a striking figure with a slightly out of control white bushy beard and nearly always in tweeds and a deerstalker. The old car movement will miss you.

For more information on the Guild of Motoring Writers please visit

ASTON MARTIN HERITAGE FESTIVAL MARKS A MILESTONE FOR ‘A3’

Get gaming at the British Motor Museum this half-term!