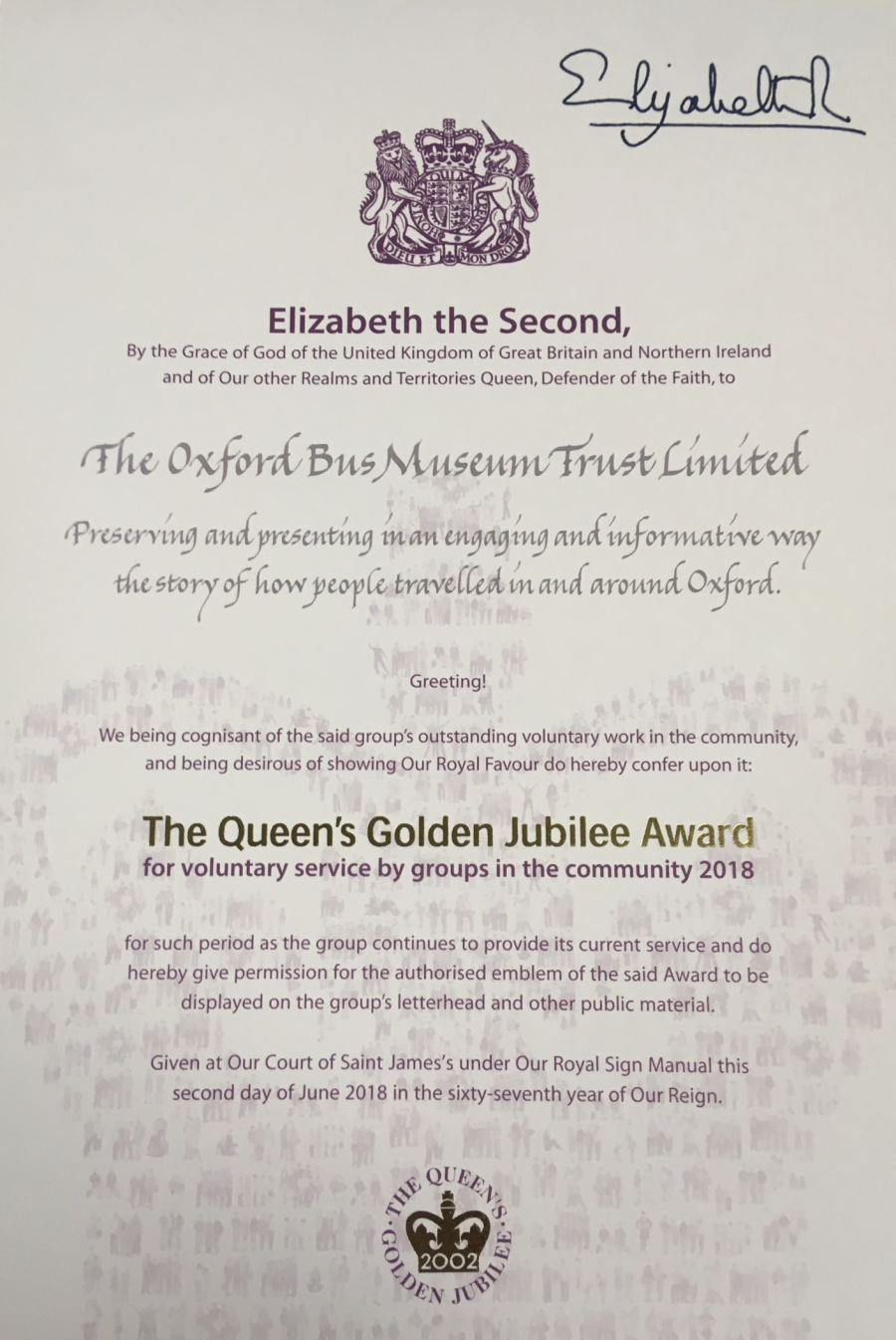 Congratulations to the Oxford Bus Museum Trust for receiving The Queen’s Award for Voluntary Service on Wednesday, 3rd April, the first time this award has been made to a road transport museum.

The presentation was made by the Queen’s representative for Oxfordshire, Lord Lieutenant Tim Stevenson at the museum premises and during his tour of the site, he specifically asked to be introduced to as many volunteers as possible.

The Queen's Award for Voluntary Service is the highest award given to local volunteer groups across the UK recognising outstanding work in their own environment.    It was created in 2002 to celebrate the 50th anniversary of The Queen's accession.    It is, effectively, the MBE for volunteer groups.

Tim Stevenson explained the awards approval is a very complex and robust process coordinated via the Cabinet Office, he said it was fortuitous the Duke of Gloucester had independently visited the museum previously and had been very impressed by the work he had witnessed.

The winners of the SAHB Awards for 2019